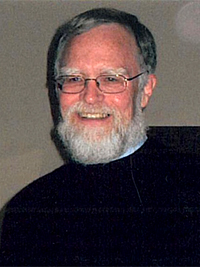 Norvin Richards received his PhD from the University of Virginia, then spent a year at King’s College, Cambridge, as a research student working with Bernard Williams. He joined the faculty at Alabama in 1970 and went through the usual progression of faculty ranks, also serving as chair of the department from January 1992 until August 2005. In addition, he has been a visiting scholar at the University of Melbourne and at the University of Washington, and a member of High Table at King’s.

In 2007 he won The University of Alabama’s Morris Lehman Mayer Award for “selfless service, integrity, significant leadership, and significant contributions to student life,” and he was Leadership Board Faculty Fellow for 2011-2014. He is also a longtime member of the medical ethics committee at DCH Regional Medical Center.

Professor Richards’ teaching interests are in ethics and in philosophical questions about the law. In addition to writing two books, he has published articles on a variety of topics, including forgiveness, moral luck, humility, innocence, criminal children, and life or death decisions in the newborn intensive care unit.

Professor Richards retired from the University on June 1, 2013, but enjoys the status of emeritus professor and expects to continue to both write and teach for the department from time to time.