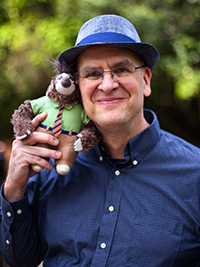 Stuart Rachels is an associate professor specializing in ethical theory. He grew up in Birmingham, Alabama, and was educated at Emory University, the University of Oxford, and Syracuse University.

In a past life, Stuart was the youngest chess master in U.S. history (11 years, 10 months), and in 1989 he tied for first in the U.S. Chess Championship. At that time, he was the youngest American champion since Bobby Fischer. For fun, Stuart plays Bridge, reads books, watches The Shield, quotes old Simpsons episodes, listens to Elvis Costello, and watches movies.